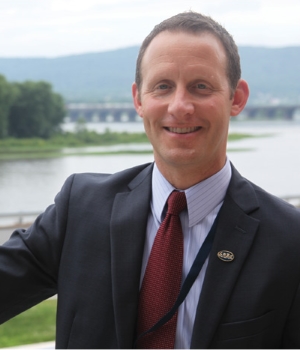 50 years ago, in the months leading up to Tropical Storm Agnes’ devastation of the Mid-Atlantic region, a newborn Susquehanna River Basin Commission was just getting established. An Executive Director was chosen, 12 employees were hired, office space was being set-up, telephone lines were secured, a seal was designed – all the mundane operations of establishing an agency.

Then Agnes hit. The Commission, already acutely aware of the needs of its existence in protecting and managing the basin, felt an urgent responsibility to begin floodplain safeguarding and control. One of our first jobs as a commission, as the waters of Agnes were still at critical stages, was to collect aerial photographs of the Susquehanna River and its major tributaries.

By 1973, we had established a “Flood Plain Mapping” program, produced the “Flood Vulnerability and Damage Index” that provided a basis for redevelopment needs, worked with the USGS and NASA on an experimental satellite program to provide stream gage data, and set plans in motion to improve the “Flood Forecasting and Warning System”. We weren’t waiting around for the next flood.

Today we coordinate the Susquehanna Flood Forecast and Warning System, an integrated network of stream and rain gages that generate the data used by the National Weather Service to issue and disseminate advanced flood warnings. Our scientists and engineers work year-round to mitigate flood damage caused by storms, melting ice and other runoff.

I’ll leave you with the words spoken in our first Annual Report of 1972 as they still endure, and I suspect as our climate continues to change will still ring true 50 years from today: “It can be expected there always will be a flood of greater magnitude than has occurred in the past. Thus, much remains to be done in the future to prevent loss of property and lives when flood disasters occur.”